Congratulations to Clay Hendrickson on his new role as QA Supervisor! Clay originally became a part of the TCI family in December of 2014 in small batch and was later promoted to color eye in large batch. A native of the Americus area, Clay attended college at Valdosta State and earned a bachelor’s degree in Business Management. Before coming to TCI, he worked at a packaging company as an account manager.

Clay spent his first week as QA Supervisor on the road with Jeff Wilhems learning about customer spray systems and our customer interaction. Clay’s experience will help him be an effective addition to the QA group. His prior roles have prepared him to successfully problem solve while managing the sales and technical service groups.

Outside of work, Clay’s hobbies include flying, hunting, and golfing. He also enjoys traveling out west and going to the beach.

Please join us in welcoming Clay to the TCI team!
Posted by TCI Powder Coatings at 3:00 PM No comments: 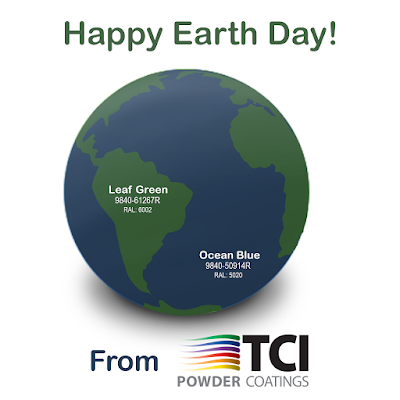 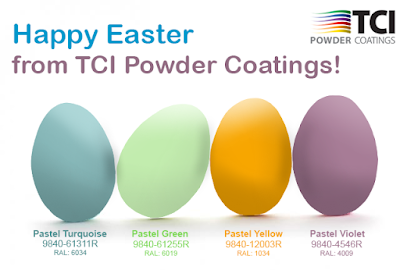 Posted by TCI Powder Coatings at 10:08 AM No comments: 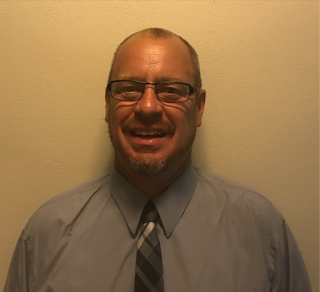 We are pleased to announce Jeff Gorden as the new Account Manager for the Illinois territory! Jeff has an excellent track record in account management and business development in the industrial coatings segment. Prior to joining TCI, Jeff was a Key Account Executive with PPG. He has also held positions with Spraylat and Rohm & Haas/Morton.

Jack Bostock, TCI Vice President of Sales and Marketing, expressed, “We are thrilled to have Jeff join our team. Jeff has over 25 years of account management experience focused on the industrial coatings market. His ability to maintain and grow strategic accounts will benefit our customers and the TCI organization. Jeff is a great addition to the TCI team and will definitely help us further advance our premium brand position in the powder coating market.”

Gorden is a graduate of Augustana College with a Bachelor of Science (B.S.) Degree in Business Administration. Jeff will continue to reside in Ingleside, IL with his wife and two sons. Please help us in congratulating and welcoming Jeff to the TCI team!

To read the full press release, visit this page.
Posted by TCI Powder Coatings at 10:02 AM No comments: 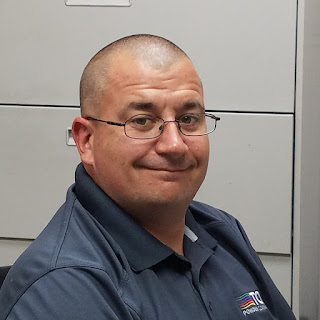 We would like to welcome Jameson Logan to the TCI team as our new Speciality Formulator for the Speciality Lab. Jamie will be helping to create new metallic colors, and creating daily batch tickets for bonding, and will be checking all samples sent in from external bonding sources. In his new position, he hopes to learn new things and teach about his experiences to help the company grow. During his 16 years of powder coating experience, Jamie has moved on to leadership roles in all previous positions, allowing him to gain the confidence and knowledge to take on this new role. Outside of work, he loves fishing and hunting. He has four children and is a huge Ohio State fan.


Please help us in congratulating and welcoming Jamie to the TCI family!
Posted by TCI Powder Coatings at 2:16 PM No comments: 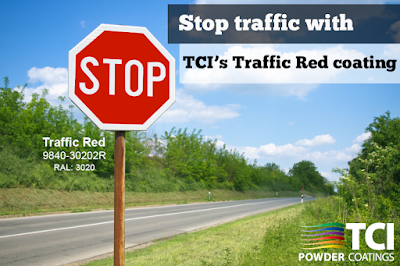 Nothing makes people stop and admire like a bright, brilliant red. TCI brings a broad spectrum of colors to the table, giving you many selections to choose from, even unique and rare hues that can be hard to find.

This month, we’re featuring Traffic Red! This color is perfect for when you are looking for a high gloss, RAL red that is fast cure. This coating is great for outdoor applications with a high need for durability.